1. The original title was Perfect on Paper

I had the hardest time coming up with a title for this book so I picked the most obvious, unoriginal (and only) title I could think of. My publisher changed the title to Everything She Wants. I know some authors have a hard time when the publisher wants to change the title but I was secretly thinking the whole time “Please change my title!” I love the title they came up with. It encapsulates so much about the story perfectly.

2. Everything She Wants is a retelling 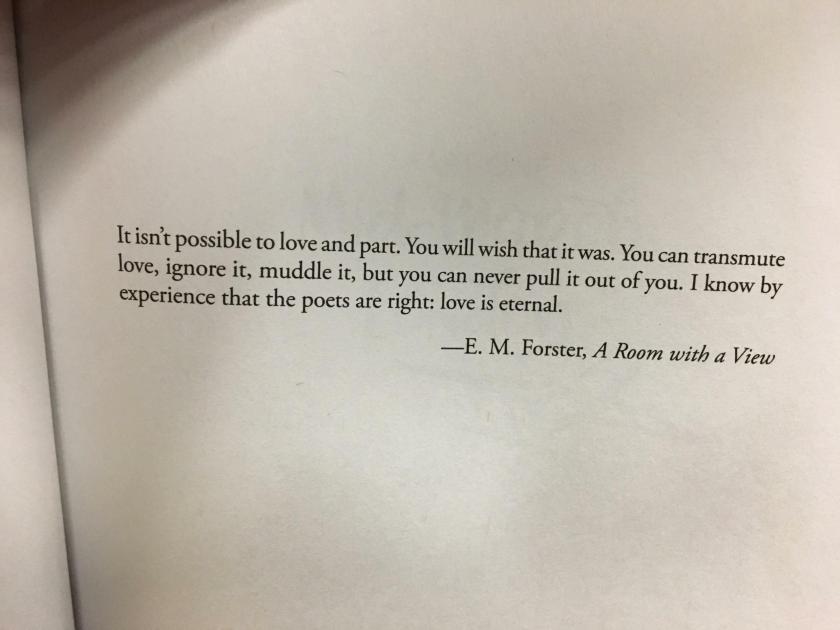 Because the classic I chose to retell is one that nobody reads, it’s not a huge marketing tactic. If you are familiar with the original book (or the movie), you’ll probably realize it in Chapter 3 and you’ll appreciate all the little touches I’ve added to reflect the original work. If you haven’t read the original book, I think you’ll still enjoy my version. And then hopefully you’ll pick up some Forster.

3. It took me two and a half years to write.

I started my first draft in April 2014. I’m not a super consistent writer so I worked on it on-and-off until the first draft was completed in October 2016. There was a five month chunk of time in 2014 when I didn’t write at all because I was training to be a birth doula. Since I am only good at doing one thing at a time, I had to choose between birth work and writing. Writing obviously won out. But don’t worry, all the birth stuff I learned will come into play in my next book.

4. This is the original cover.

This design was up on Seagull Book’s website until a few days ago. I got more say in the cover design than I expected. I filled out a questionnaire about my book and then spoke to two members of the design team about what I’d like to see on the cover. I honestly didn’t have very strong opinions because, OMG, my book was getting published! Once the designers did their magic, they sent over 4 possible covers and had me narrow it down to 3. From the 3, the design and marketing teams would pick the final cover. I loved all 4 covers they sent me and was excited when the cover with the airplane was selected. Then, in February, I got an email from one of the designers saying they were moving in a different direction with the cover for various reason and wanted to know what I thought of the ice cream cone cover. My heart leapt! This was the perfect cover! So while the air plane cover was good, the ice cream cover made my heart pound. 😉

5. Everything She Wants is the first in a series of books all set at Windy Corner.

Windy Corner is the hip Sugarhouse apartment complex Lucy lives at. Most of the residents are young urban professionals, pushing 30 years old and on the brink of getting kicked out of the singles ward. In the subsequent books I’ll tell the stories of the other residence as they send their last hail Mary in search of an eternal companion.

Confessions of a Mormon Bride: Essays on Love and Mormonism